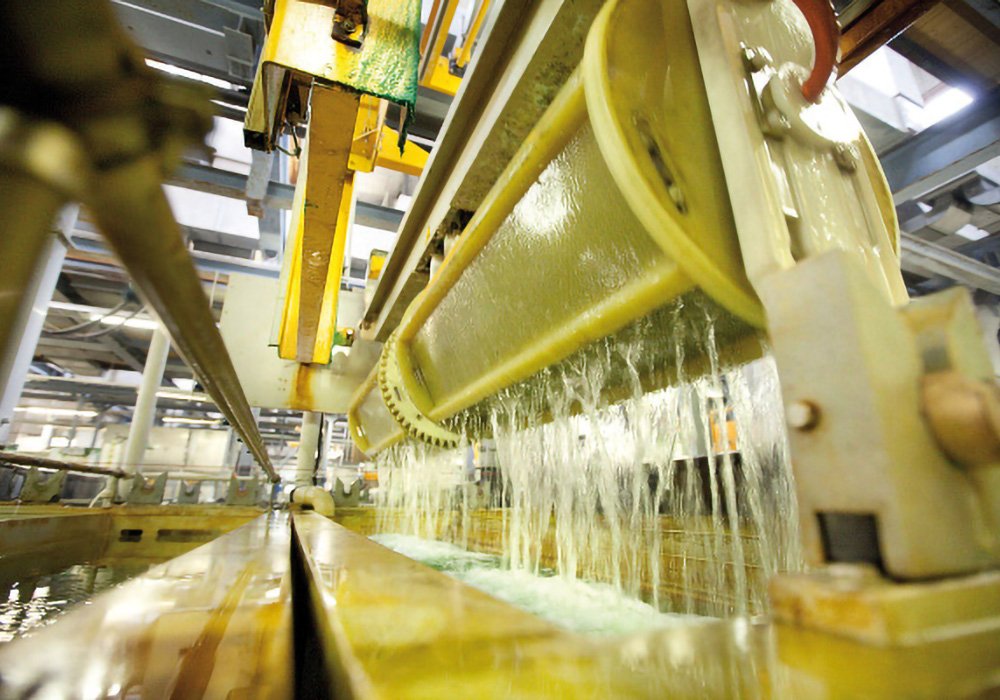 These treatments serve the dual purpose of protecting the screws against rust and corrosion, guaranteeing reliability in time and giving an aesthetic appearance suitable for its various uses.

All the Mustad treatments are carried out in full respect of the environment, in compliance with the RoHS and Reach standards, and directive 2000/53 (end-of-life vehicles) and are free of chromium (VI).

These treatments perform a mainly aesthetic function.
They are used where the colour of the finish must match the hardware elements to be fixed.

The main feature of these treatments is to protect the screws against rust and corrosion, guaranteeing reliability in time.
The parameter used to express the resistance of the treatments to corrosion is the number of hours the part remains in the salt spray chamber before red rust appears. The tests are carried out as laid down in the reference standard UNI EN ISO 9227. 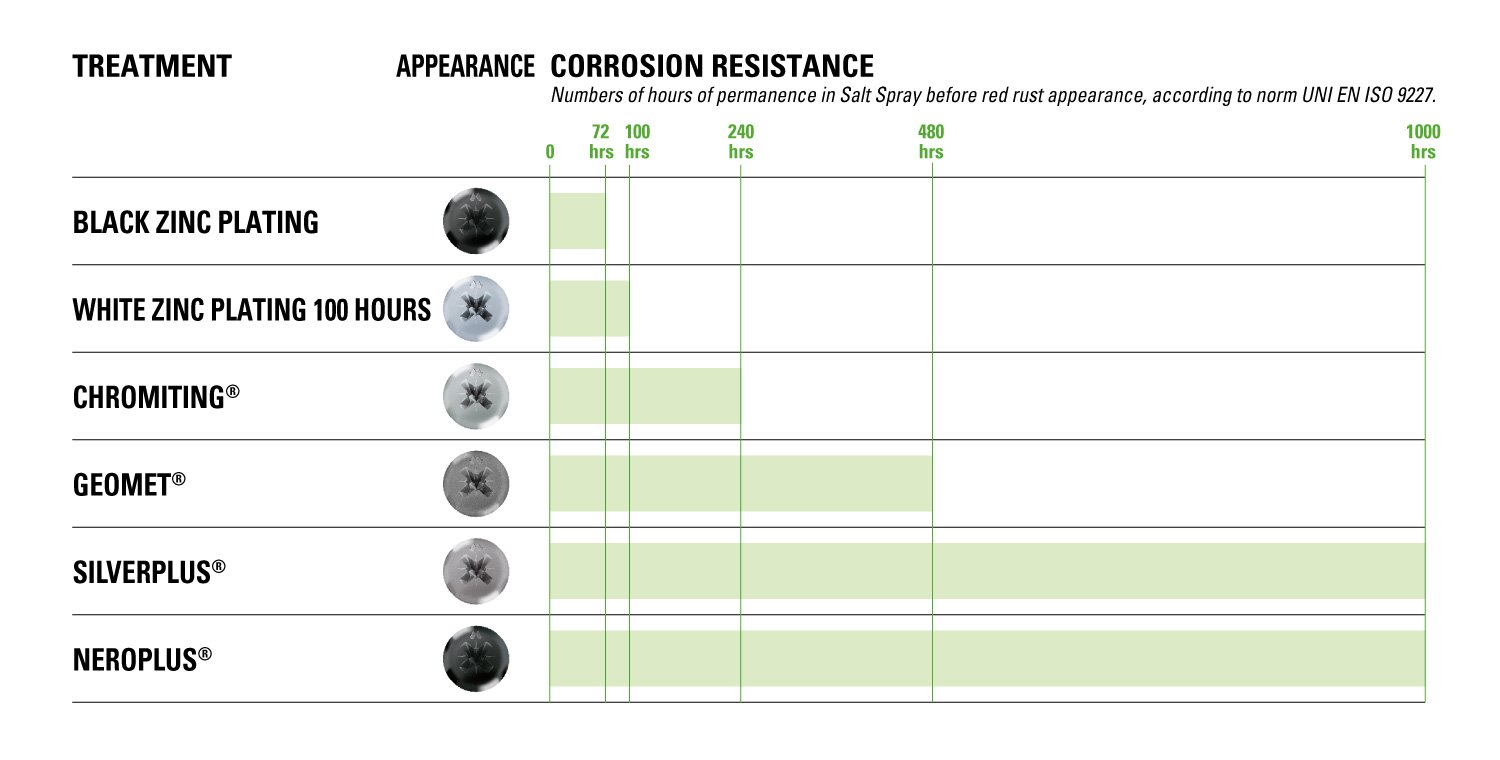