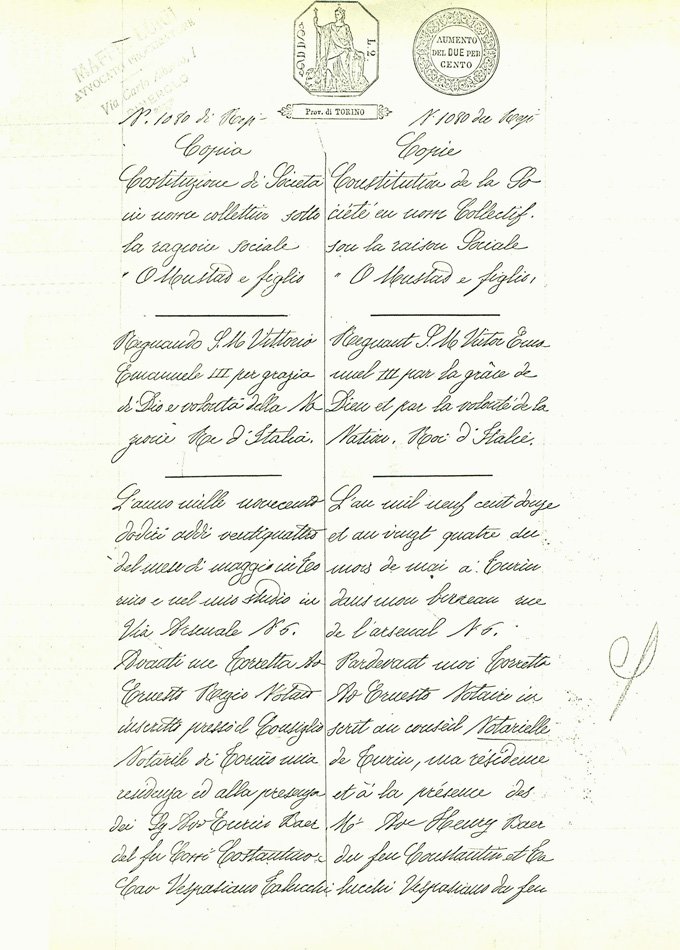 Memorandum of association of the company O. Mustad e Figli 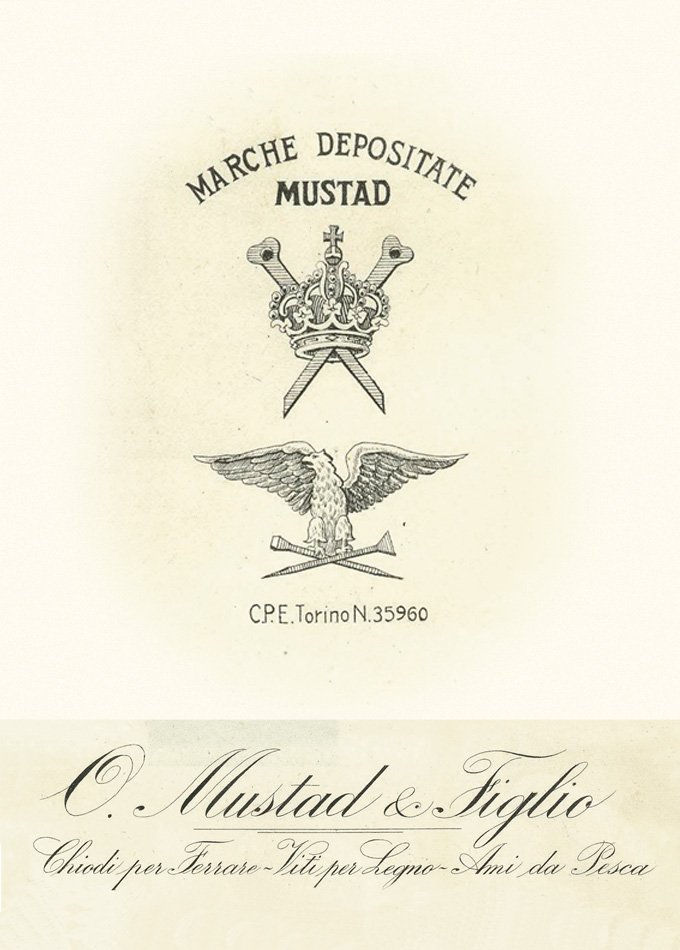 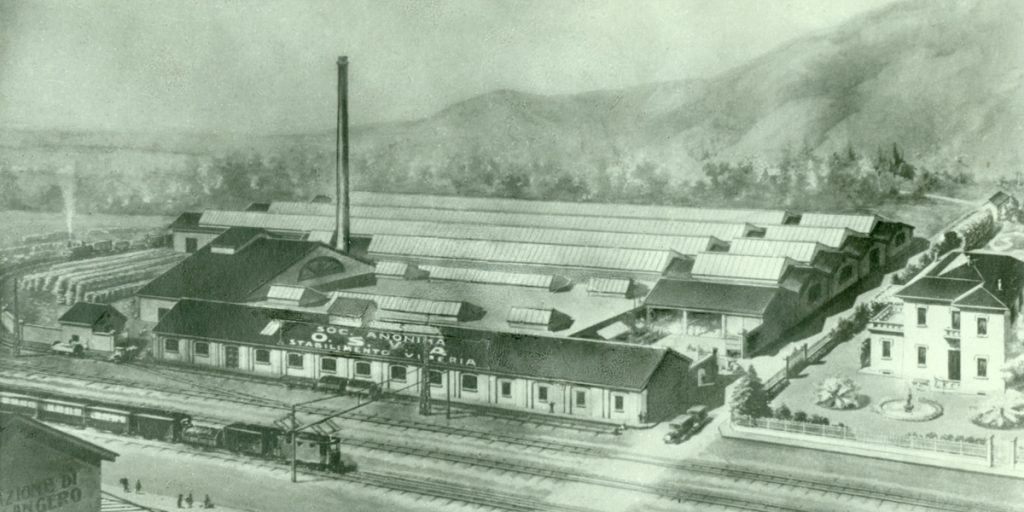 The Balangero factory in a picture of 1930 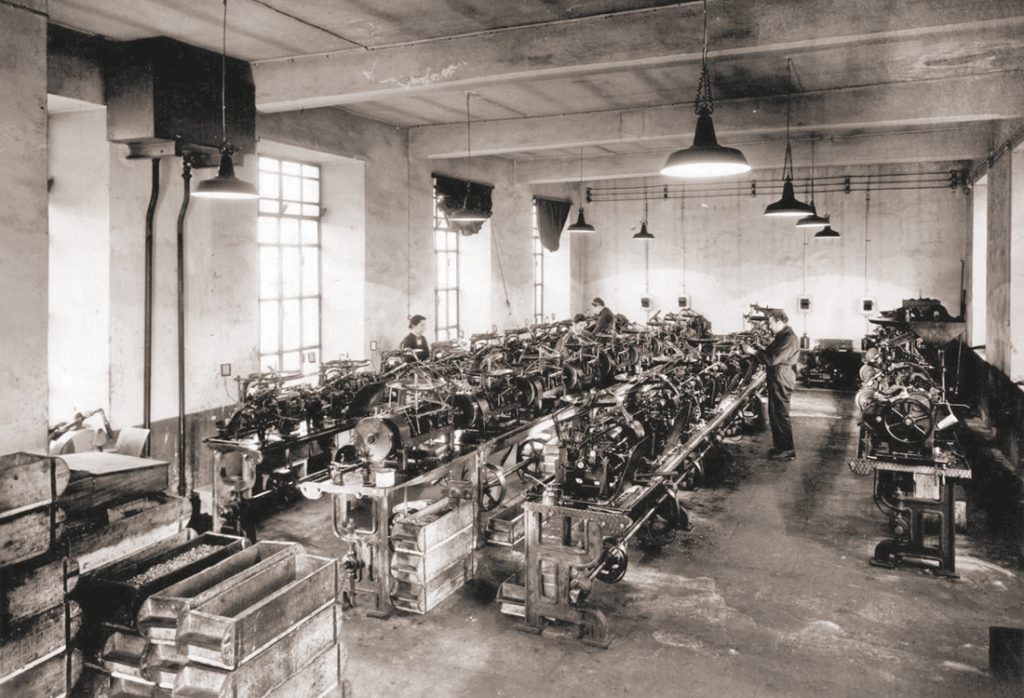 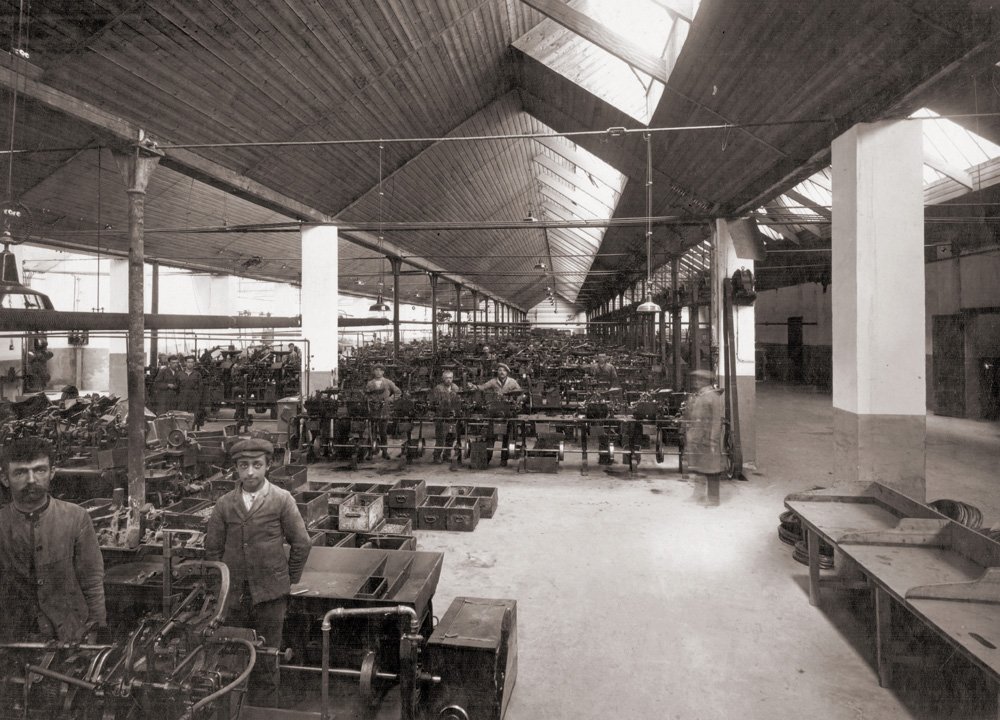 Interior of the Balangero production plant in 1933 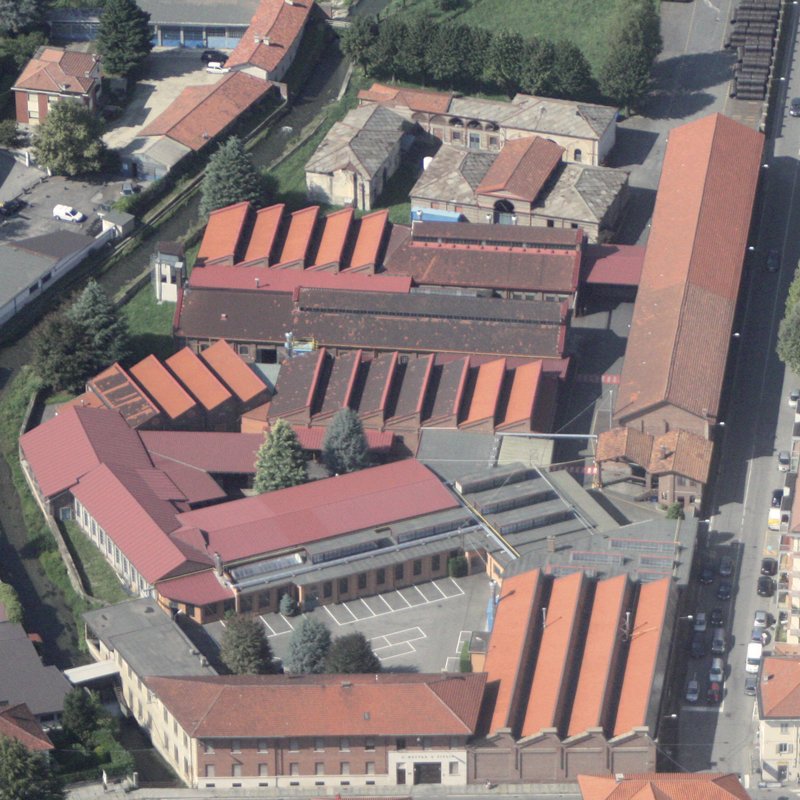 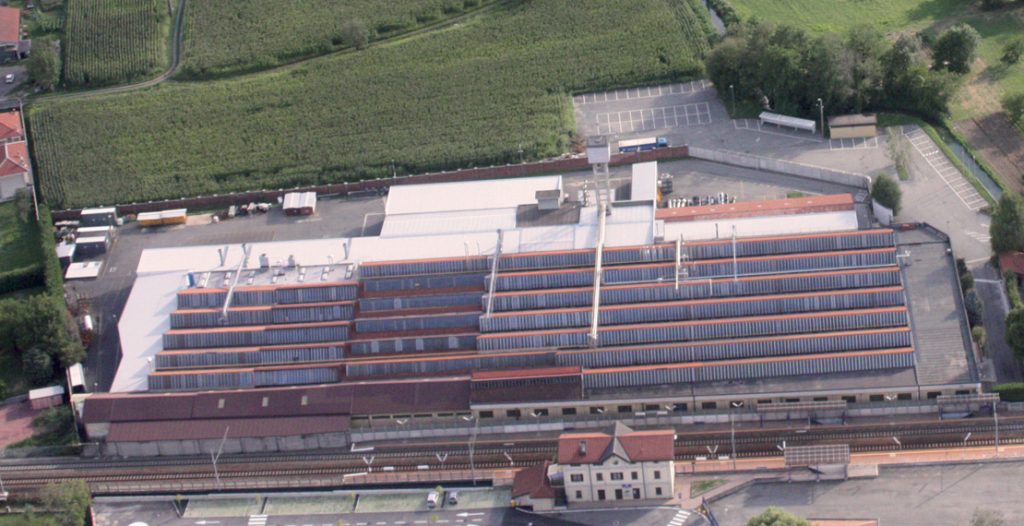 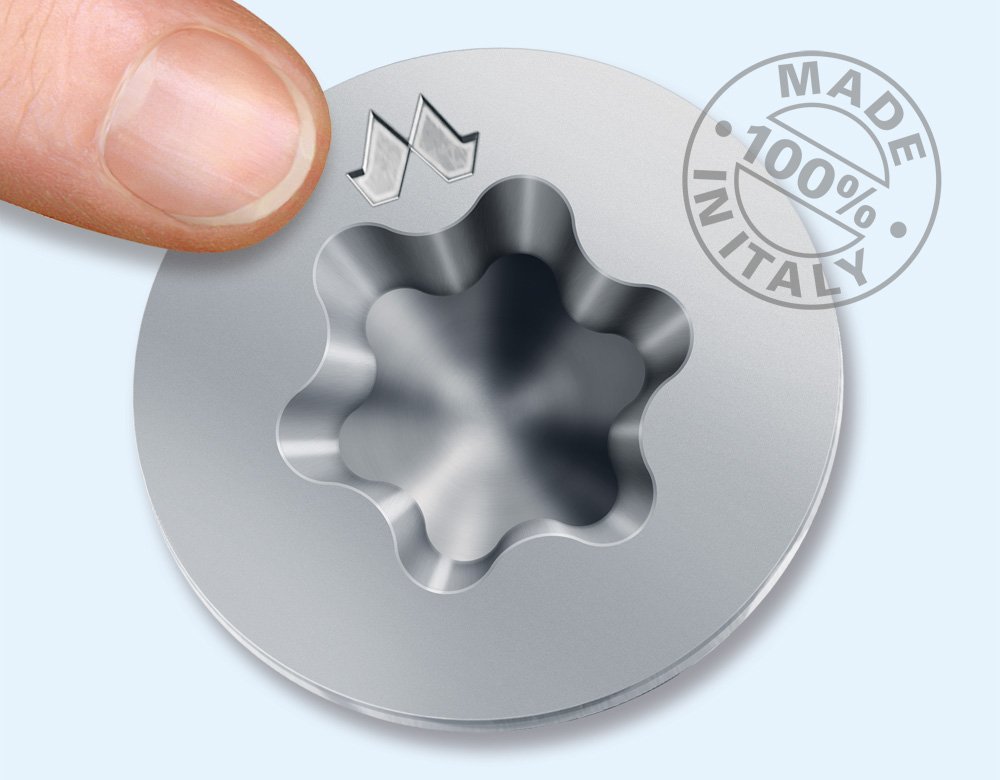 The Mustad logo stamped on the head of all the screws manufactured is a “signature” that guarantees quality, reliability and safety 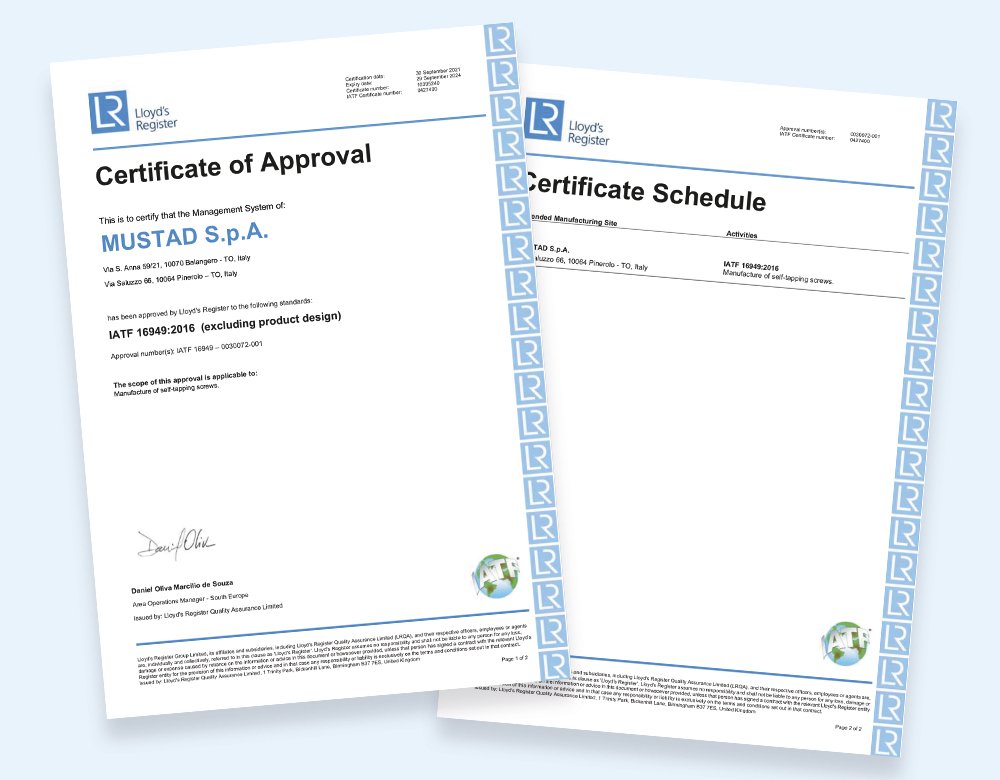 1912: Foundation
The history of Mustad began in 1912, the year in which the Mustad family purchased the company in Pinerolo, in the province of Turin, to manufacture horseshoes nails using a hot forging process. The company was called “O. MUSTAD & FIGLIO”.

1933: Expansion in Balangero
The production capacity was no longer sufficient to meet the market needs. Another factory was purchased in Balangero, also in the province of Turin, the “Viterie e Trafilerie Riunite”.

1944: The War, destruction and reconstruction
During the Second World War, the Balangero factory was set on fire and destroyed. It was rebuilt in 1947.

1976: The manufacture of horseshoes nails was terminated

1977: The first rolling machines
The lathes, used up to this point for threading the screws, were replaced by the more efficient rolling machines, which are capable of producing threads without removing shavings, by using the cold forging technology.
The use of these fast and precise machines enabled the development of the first special screws that industry began to order.

The eighties: The major industrial development
During these years, major investments were made to adapt the manufacturing process and the range of products to the needs of large industrial users.
The better performing screws for chipboard panels, which were heat-treated and could be screwed in using electric screwdrivers, replaced the screws for wood. The Phillips cross head and Pozidriv head replaced the single recessted screw head.

1997: The manufacture of screws for wood was terminated

2000: A signature on every screw
All screws were “signed” on the head by forging the company logo as a guarantee of quality and origin of the product even after its use.

2003: Obtainment of specific ISO/TS 16949 certification for the Automotive sector

2012: Obtainment of CE marking for the screws for wooden structures

2018: Obtainment of specific IACSK 16949 certification for the Automotive sector

MUSTAD SpA is now one of the largest European manufacturers of casehardened screws with its two production plants in Balangero and Pinerolo, both in the province of Turin. Every day, these plants manufacture millions of pieces which are sold both to the largest industrial companies and to distribution through qualified wholesalers in Italy and Europe.

The company’s philosophy based on continuous improvement has become the mentality of all Mustad employees and, in time, has been applied fully to the manufacturing process, irrespective of the screw manufactured and its purchaser.

The product range includes both special screws, based on a specific customer design, and various families of screws, designed to meet the needs for fixing to various types of material (wood, plastic, sheet metal and other types of metal…)

Over the past few years, the company has also paid greater attention to the “service” aspect, fundamentally important and present along the entire production chain. From the continuous broadening of the ranges, always in line with the development of materials, to the management of large warehouses always ready for immediate delivery, from the IT connections with the largest customers to consultancy for customers by specialized technicians to resolve fixing problems and consequently design specific custom-made products.